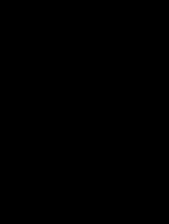 Battling a hard-nosed University of Jamestown bunch in their home Harold Newman Arena, head coach Jake Stevenson's squad took advantage of falls from each of the group. Reed took only 59 seconds to do so, while Fowler did so early in the second period, and Egli, in his first Maroon singlet appearance of the season, also garnered his fall in the latter stages of the second stanza.

Those 18 team points enabled the Mustangs to improve to 2-5 overall and 1-1 in Great Plains Athletic Conference dual action. Mside warded away a small 6-4 edge after two matches by picking up two decisions and Fowler's pin over the 149 to 165-point weight classes. Freshman 149-pounder Noah Styskal (FR/David City, NE) (David City, Neb.) added his name to headlines by upending No. 14-ranked Brandon Aragon 5-3.

Stevenson's crew returns to competition Saturday, Jan. 11. They're among the field at Central College of Iowa's Under Armor Invitational.