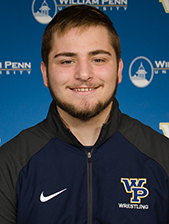 Oskaloosa--Closing in on the end of the season, the William Penn men’s wrestling team has its most ranked grapplers as the NAIA released its fifth conference and national rankings Thursday.

For the complete polls, go to https://naia.prestosports.com/sports/mwrest/2019-20/releases/Polls