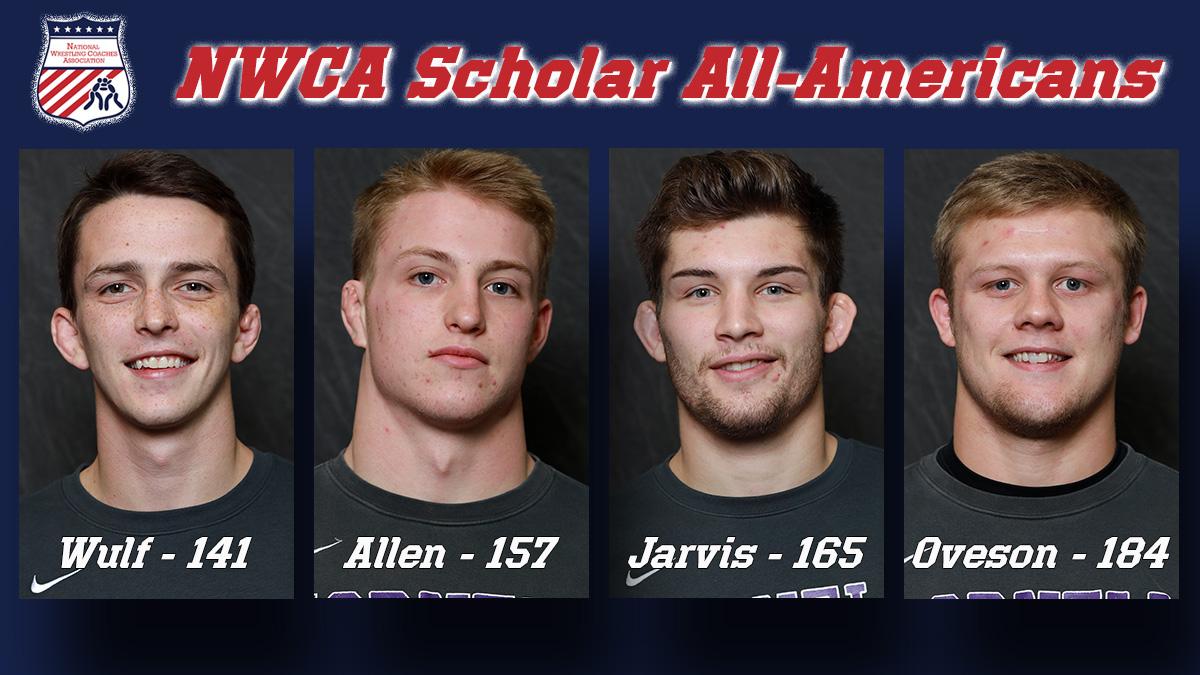 Seniors Jake Wulf (SR/Odebolt, Iowa) at 141 pounds and Nic Jarvis (SR/Iowa City, Iowa) at 165, junior Bryce Oveson (JR/Wilton, Iowa) at 184 and sophomore Casey Allen (SO/Gilberts, Ill.) at 157 were recognized by the NWCA for their performance on the mat and in the classroom.

Cornell's four honorees are the most since the 2011-12 season, when the Rams had seven. The Rams have claimed 36 NWCA Scholar All-America awards since 2010.

To be eligible, a student-athlete must carry a 3.2 grade point average and meet one of the three criteria: qualify for the NCAA Championships, place in the top six at the NCAA qualifier, or win more than 66 percent of matches and wrestle in 50 percent of the scheduled dates.

Oveson earned Scholar All-America status for the second consecutive year. He finished the season 21-6 after placing sixth at the Lower Midwest Region Championships Feb. 29-March 1 in Dubuque. Oveson carries a 67-32 career record into his senior campaign.

Wulf placed seventh at regionals and finished the season at 16-18. He leaves the program as a three-time regional competitor with 50 career victories.

Allen went 15-11 in his sophomore season and placed seventh at regionals. The two-year starter won nine of his matches by fall.