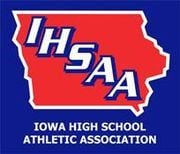 Five recommendations from the regular April meeting of the IHSAA’s wrestling advisory committee were approved unanimously by the Board of Control last week. The changes, effective in the 2020-21 season:

The NFHS wrestling rules committee announced its updates for the 2020-21 season on Tuesday, April 28.