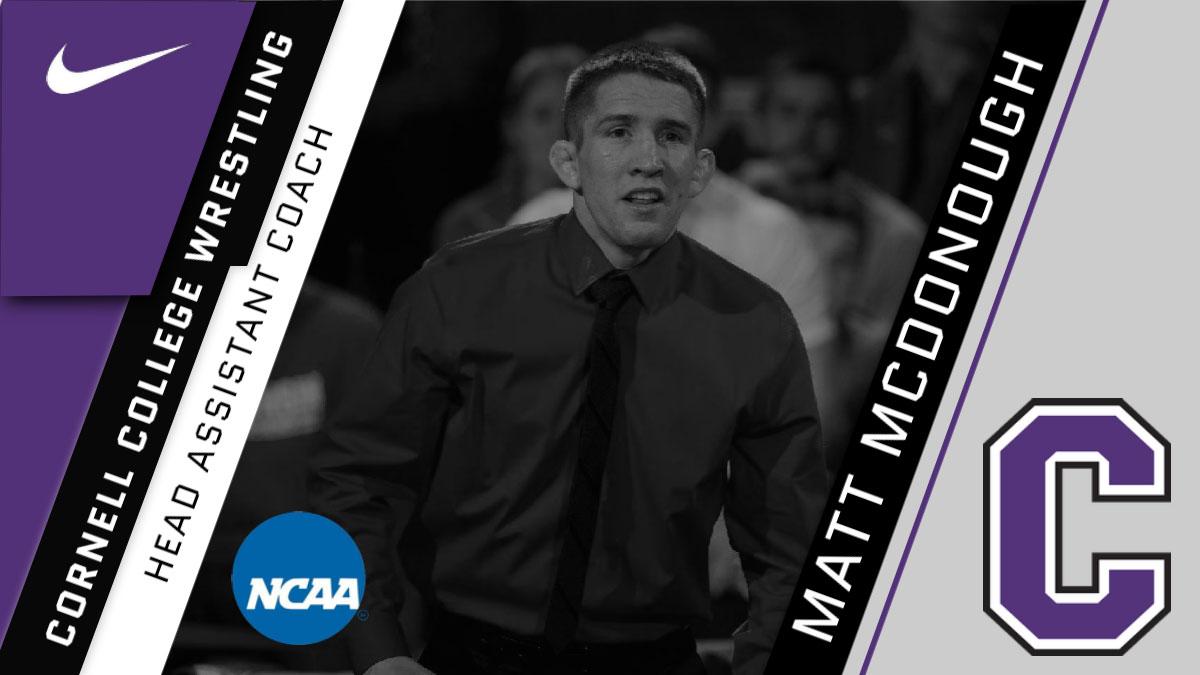 MOUNT VERNON – Matt McDonough, a two-time NCAA champion at the University of Iowa, has joined Coach Brent Hamm's Cornell wrestling staff as the head assistant for the 2020-21 season.

McDonough was a three-time national finalist for the Hawkeyes, claiming NCAA crowns at 125 pounds in 2010 and 2012. He was NCAA runner-up in 2011. McDonough reached the finals at the Big Ten Championships four consecutive seasons, winning the title in 2011 and 2012.

A native of Marion, Iowa, McDonough compiled an impressive 122-9 career record in a Hawkeye singlet. His .931 career winning percentage ranked 11th-highest in Iowa's storied history at the time of his graduation. McDonough went 74-3 in Big Ten duals.

McDonough helped lead the Hawkeyes to Big Ten and NCAA team championships during the 2009-10 season.

McDonough went on to compete for the Hawkeye Wrestling Club and was a member of the USA Freestyle National Team at 57 kilograms.

Prior to landing on the Hilltop, McDonough was assistant coach at the University of Wisconsin. He spent two seasons on the Badgers' staff. McDonough also ran the Eastern Iowa Wrestling Club for three years.

McDonough starred at Linn-Mar High School as a three-time Iowa state champion. He finished his prep career with a 151-15 record.

McDonough and his wife Cori have two children and reside in Marion, Iowa.